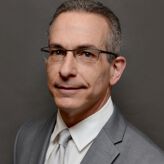 Offered for sale to qualified investors is the rare opportunity to purchase sale leaseback of a Planet Fitness in the Seattle MSA. Located in Tacoma, WA, the subject property features a free-standing Planet Fitness building located at 817 E 72nd Street, Tacoma, WA 98404.
The property is being offered with a brand new 15-year NN lease with JEG FIT LLC, a Planet Fitness franchisee with approximately 25 locations in Washington, Arizona, and Mexico. JEG FIT LLC plans to operate over 30 locations by the end of 2018.
Planet Fitness was founded in 1992 and is headquartered in Newington, New Hampshire. With over 1,500 locations across North America, Planet Fitness has over 6 million members. It markets itself as a “Judgement Free Zone” that caters to novice and casual gym users and is reported to be the nation’s fastest growing fitness center franchise. In February 2016, the franchise was added to the Franchise Times’ “Fast and Serious” list of top franchises (#1), and in its 2016 ranking of franchises, Forbes magazine ranked Planet Fitness #4. It ranked in the top 50 of Entrepreneur magazine’s Franchise 500 in 2017.